We started from Minoh Station and walked inside Minoh Park to Minoh Otaki (Big Fall) while visiting Saiko-jiTemple and Ryoan-ji Temple. The autumn leaves were in full bloom, and we took photos and short videos, which we posted on the official Facebook page of the Maple Program.

Next, we moved on to Katsuo-ji Temple, where we stayed at the hall of Ochokaku and were given a detailed lecture on Minoh’s tourism resources, nature, and history by volunteer guides. The lecture was streamed live on Zoom, and students who participated online were able to watch it at the same time. The volunteer guides gave easy-to-understand explanations with pictures and photos to the participating students, and answered questions from the students in detail. Afterwards, we live-streamed the temple garden from near the gate of Katsuo-ji Temple with explanations via Zoom. Finally, the volunteer guides showed us the temple grounds, and we took photos of the tour and introduced them on our official Facebook page. For those students who were not able to watch the live broadcast due to time differences, the video was later distributed on the Osaka University portal site.

Although this was the first attempt of this hybrid field trip, it was a meaningful opportunity to learn and promote friendship among students for both students who participated face-to-face and online. We believe that we were able to convey to the students the atmosphere of Mino Park, Katsuo-ji Temple, and their autumnal scenery. We would like to express our gratitude to the Minoh Sightseeing Volunteer Guide MV Club and the people of Katsuoji Temple for their cooperation. Thank you very much. 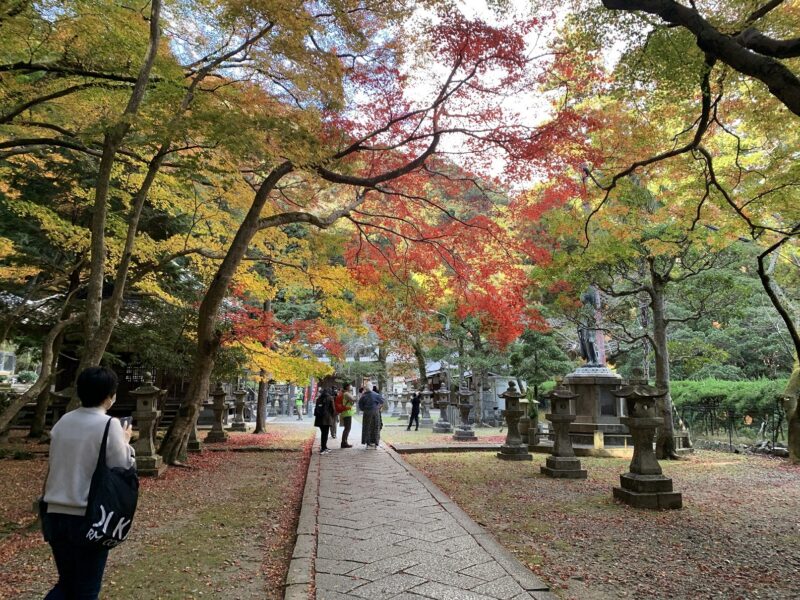 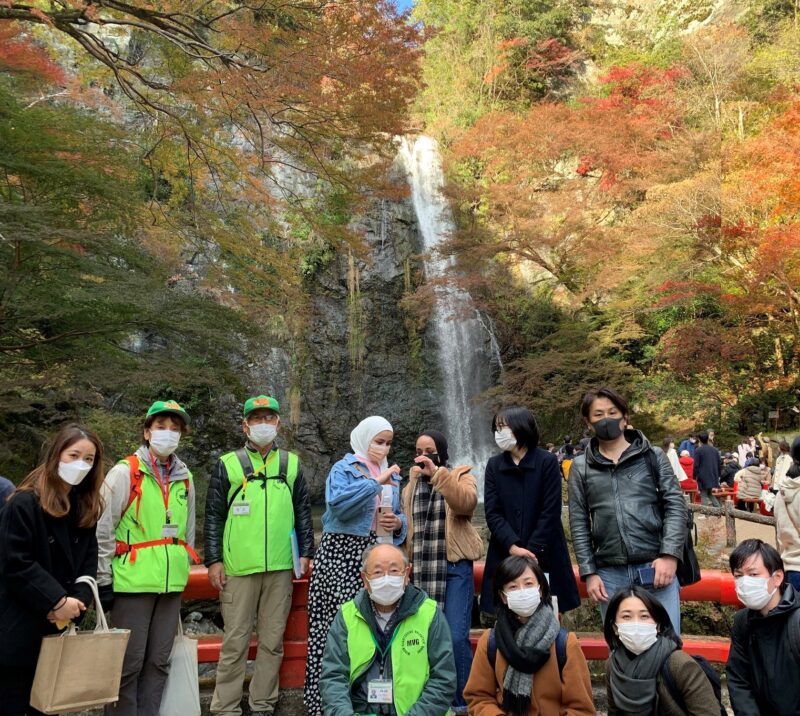 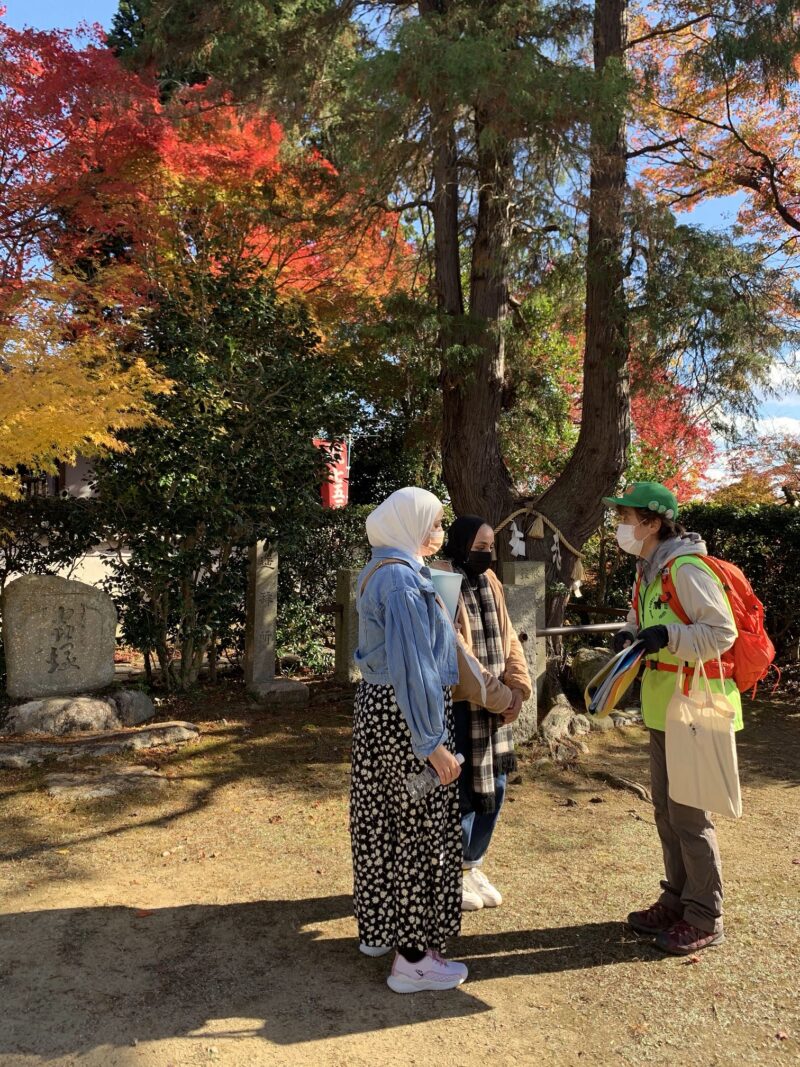 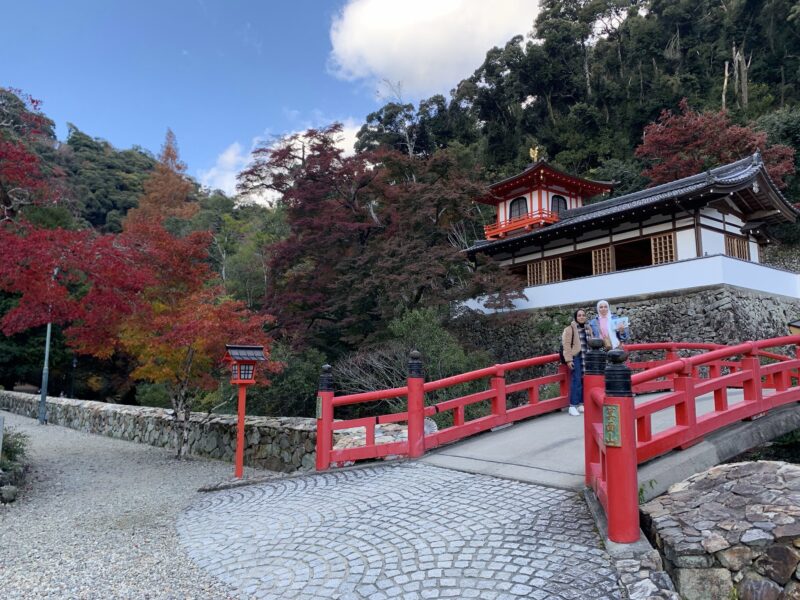 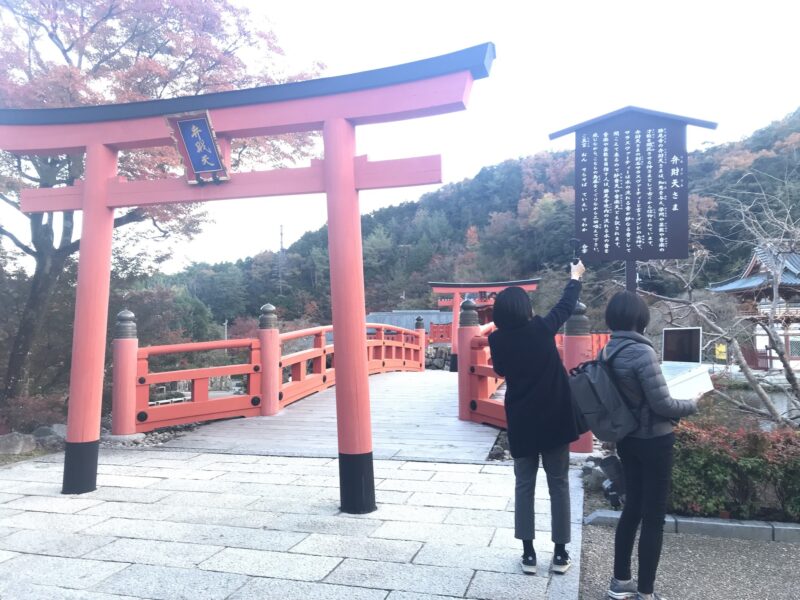 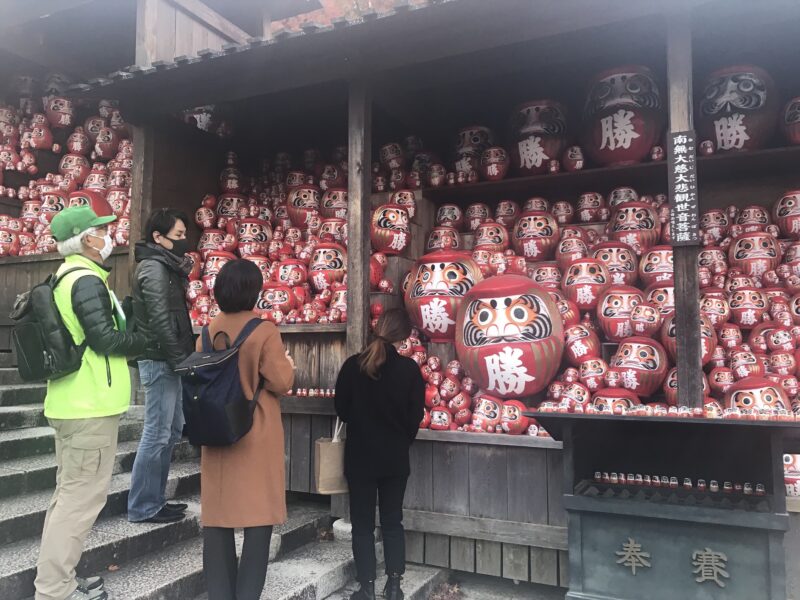