As in the previous year, on January 14, the Maple Program invited professor YAMAMOTO Hirokazu and Professor IZUMI Shinya to give a workshop on Kyogen. This hands-on class was held for 79 students at the CJLC Hall as part of the compulsory subjects “Japanese Language and Culture Seminar”.
First, Mr. IZUMI explained the origin of Kyogen and how to use Ogi (a Japanese fan). They also showed us a program called ‘Bonsan’ and we learned about its lines and the way performers move in detail.
After Mr. YAMAMOTO gave us an explanation of the plot, we were shown a program called ‘Kaki-Yamabushi’ and we enjoyed the difference from ‘Bonsan’.
Then we were taught how to laugh and drink using Ogi, and also tried it on our own. They also taught us how to walk as the mushrooms that appear in “Kusabira,” and many students came forward and tried it themselves.
At the end, there was a question and answer session, and the students asked various questions as to how to project one’s voice in Kyogen, the animals that appear in Kyogen, etc.. Each time, the instructors gave explanations using demonstrations which made them easy to understand.
Through today’s hands-on classes, students seem to have deepened their understanding of the traditional Japanese art of Kyogen. 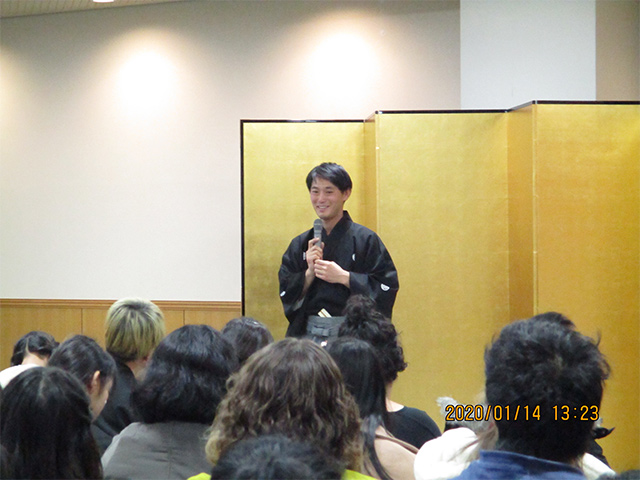 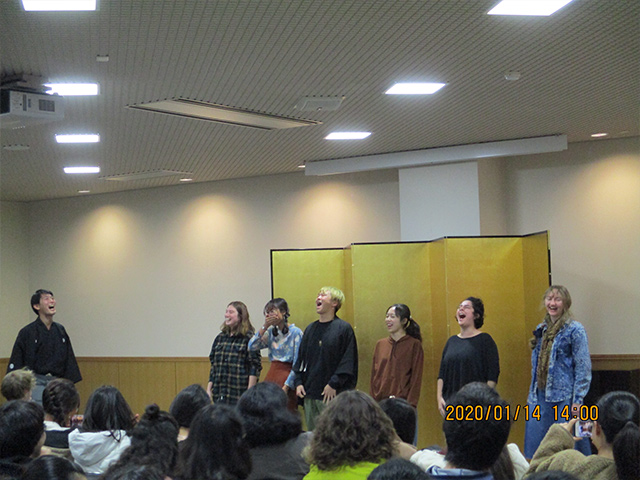 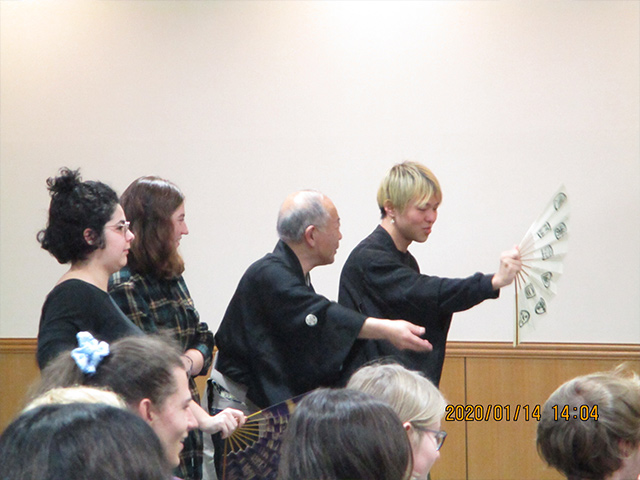 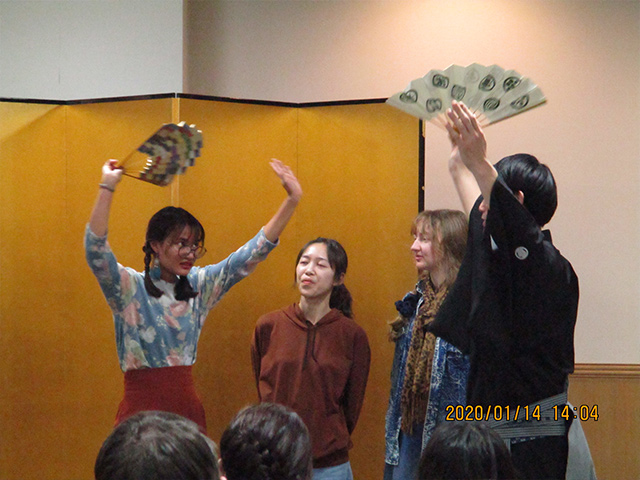 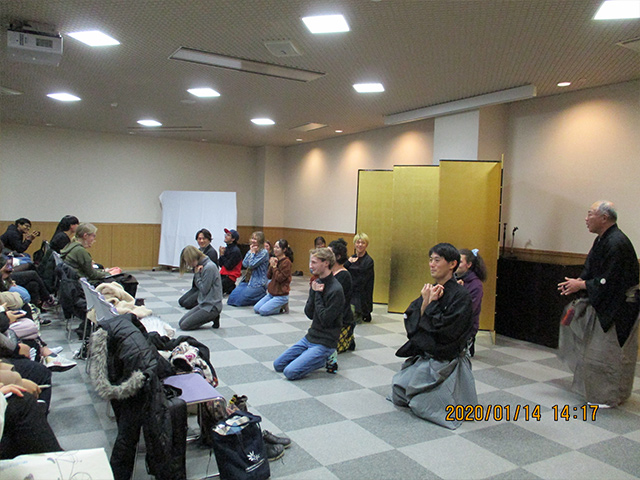 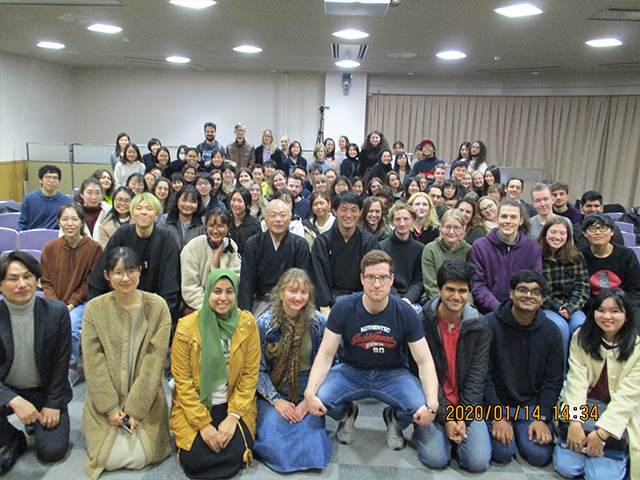